The Piggy Pilates Experience in Devon 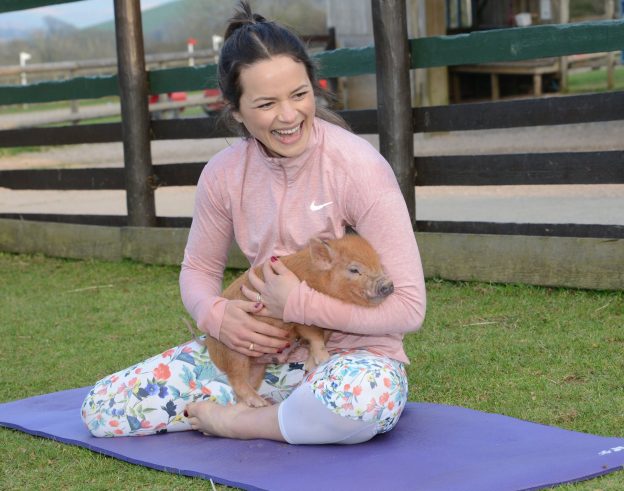 I arrived at Pennywell Farm in Buckfastleigh, Devon early on a Sunday morning after a busy Saturday and very little sleep. Booking tickets for Piggy Pilates with a friend had seemed like a really good idea at the time but coming into the farm that morning I didn’t really know what to expect.

After being greeted by a friendly, enthusiastic Pilates instructor we were taken through a shop and a small barn with some animals in. We then went out into the farmyard and the first thing that struck me was the amazing view. I was so caught up with it that initially I failed to notice the miniature pigs running around on the grass in front of me. They were so cute!

We went in through a gate to join them with the other willing ‘victims’ and we all took some pictures and stroked the pigs, still not quite sure of what was about to happen.

Harry, our annoyingly beautiful instructor came in, the mats went down on the ground and we started some breathing exercises. This was my first ever attempt at Pilates which I thought was gentle exercises at a slow pace. Boy, was I wrong! Apparently, Pilates with Harry is a fitness based Pilates which is fast and to be honest, quite challenging. I struggled a bit to keep up but looking around me, I certainly wasn’t alone. 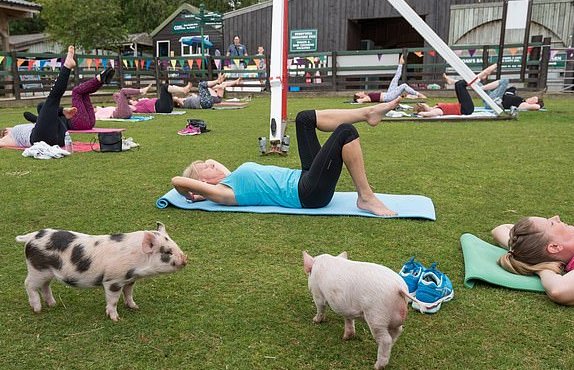 Pigs and Pilates, what’s not to love?

managed to do) a miniature pig started nibbling my toes. I jumped up which caused the pig and his friends to start running around the Farmyard like lunatics. It was brilliant!

As the class progressed, I had my hair nibbled and a small snout nuzzling my face. The longer we were there, the more the pigs relaxed and we were able to stroke them and be close to them. It was a really unique experience and took my mind off the fact that quite frankly, I’m not that flexible.

When the session came to a close there was plenty of time for more photos with the pigs and by this time everyone was laughing and chatting to each other. The insanity of the situation meant that the group of about 15 bonded very quickly.

Breakfast followed; granola, yoghurt, fruit, croissants, juice and coffee and then came a very special surprise. We were taken into a barn where we met some 2 week old piglets. This was such treat as they would not normally be handled by the public at this age but as a small group we were allowed to cuddle them. 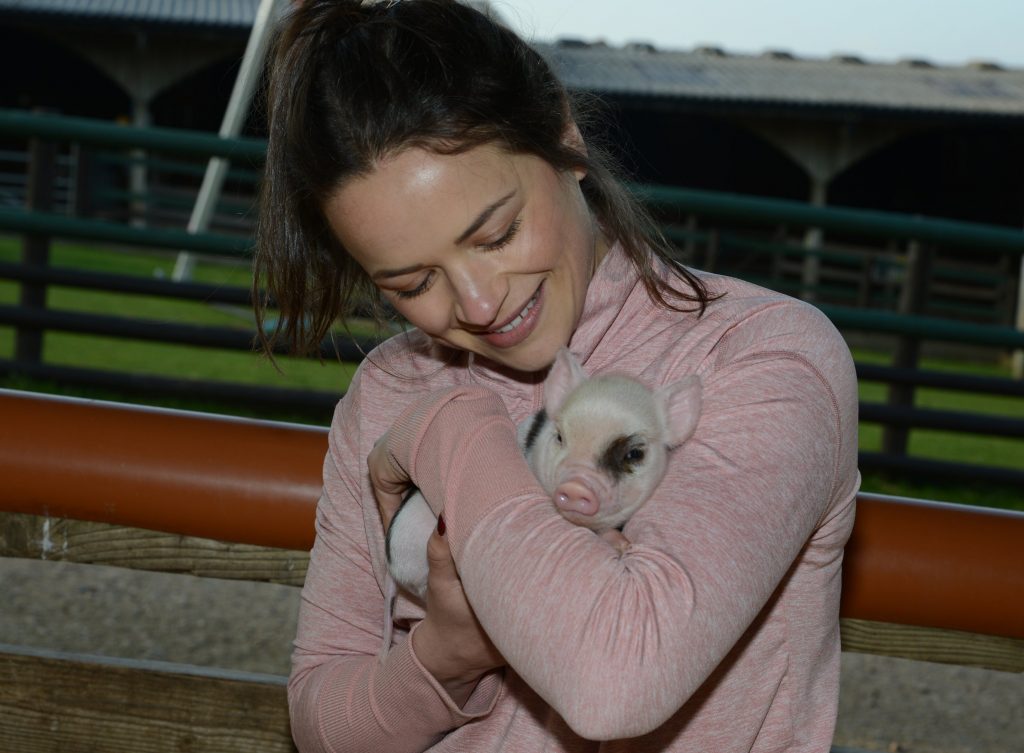 We did have the option of staying on the farm for the day which most of the group did. I must admit that I did regret the fact that we had made other plans and had to leave.

The experience was £35 and was absolutely worth every penny. I would have paid that just to cuddle the tiny pigs, Pilates was a bonus.

This story appeared on July 19, 2019 and is tagged as: Devon tourist attraction | pennywell | Pennywellfarm | Pilates