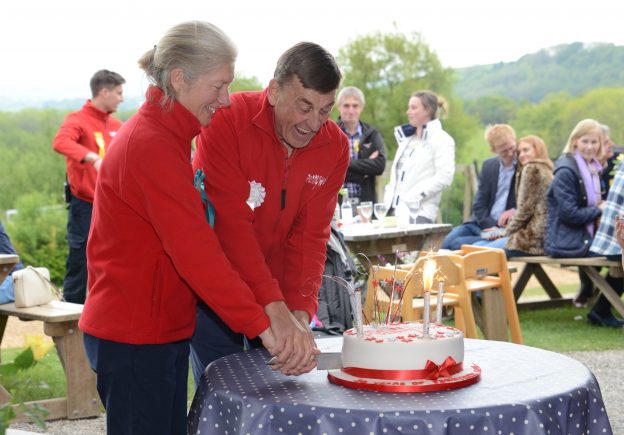 Pennywell is celebrating its 30th Birthday this month and here are 30 little snippets from the attractions history that you may not know:

1. When Chris and Nicky first bought the land, it wasn’t a farm, just a bare field site with no hedges, water or power. 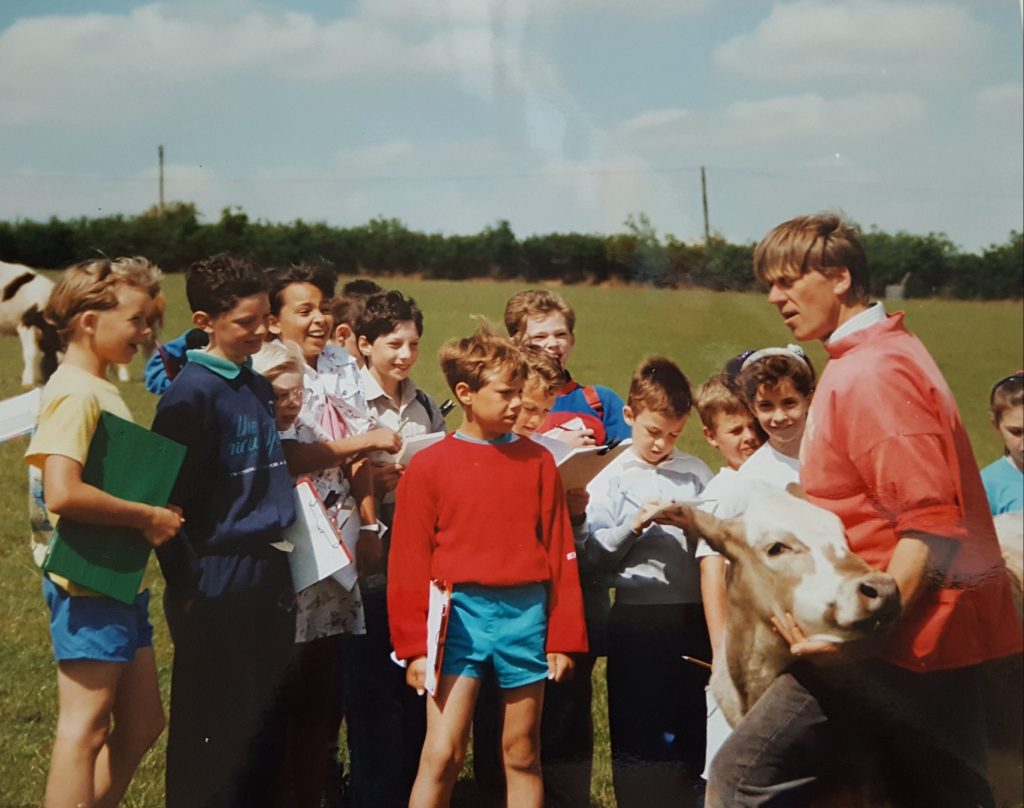 2. The name ‘Pennywell’ was created by Nicky Murray’s mother and has no real meaning. She just thought it sounded nice.

3. Pennywell is 600 feet above sea level which means the whole farm is blessed with glorious views

4. Pennywell Farm was the first attraction to offer a different hands on activity every half hour, a formula that has been repeated all over the country. A full day of activities

5. The Pennywell Miniature Pigs shot to fame in 2007 and attracted a whole host of celebrity owners. Media interest followed we have had film crews from Germany, Japan, America, Australia, South Korea as well as the BBC, ITV and Sky. 7. The Countess of Wessex visited in June 2003 as part of English Tourism Week. She planted a tree which is given pride of place on the farm. 8. The first member of staff back in 1989 was Fiona Peters, Nicky Murray’s twin sister

9. The foot and mouth outbreak in 2001 meant that the countryside virtually shut down and Pennywell closed its doors. That year Pennywell lost 85% of its business and was saved by a large but anonymous donation which Chris and Nicky believe was a direct answer to prayer.

10. The Pennywell Nativity Plays began in 1990 after a fund raising event for Tear Fund. It was so popular that local schools wanted to take part and the Pennywell Christmas experience began. 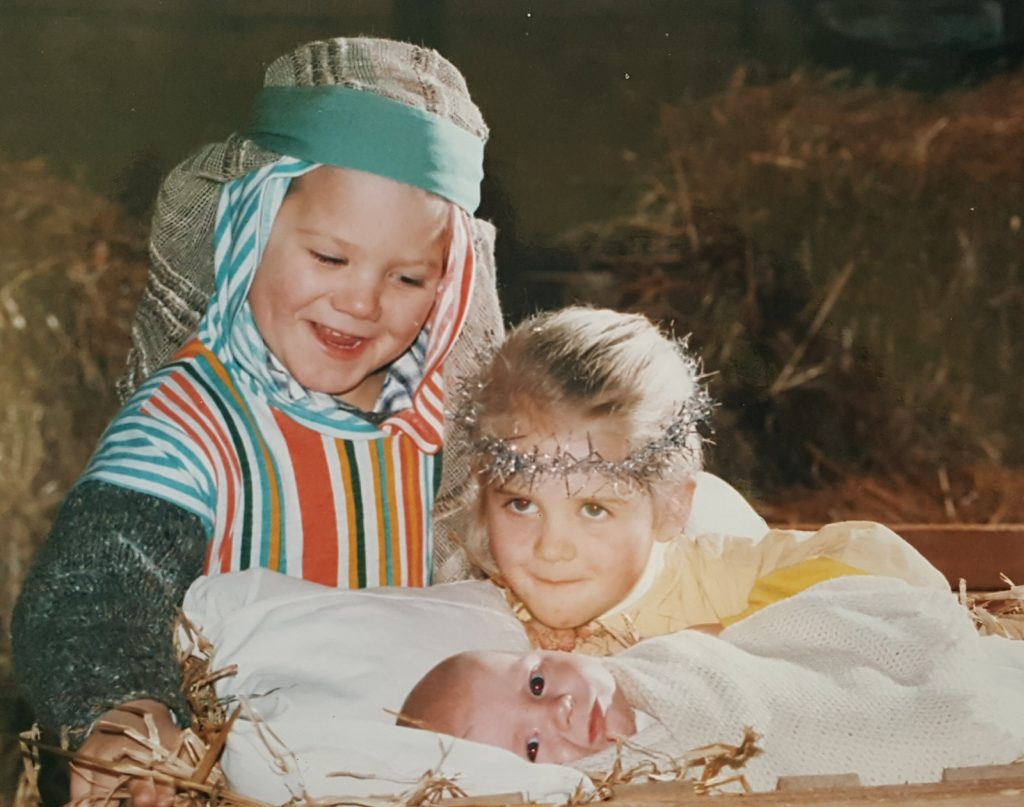 11. In 2011 Chris Murray was made Associate Fellow and in 2016 elevated to a Fellow of the  Royal Agricultural Societies, in recognition of distinguished achievement in the agricultural industry. Chris was awarded an Honourary Doctorate in Business from the University of Plymouth in 2012 for his work in sustainable tourism. 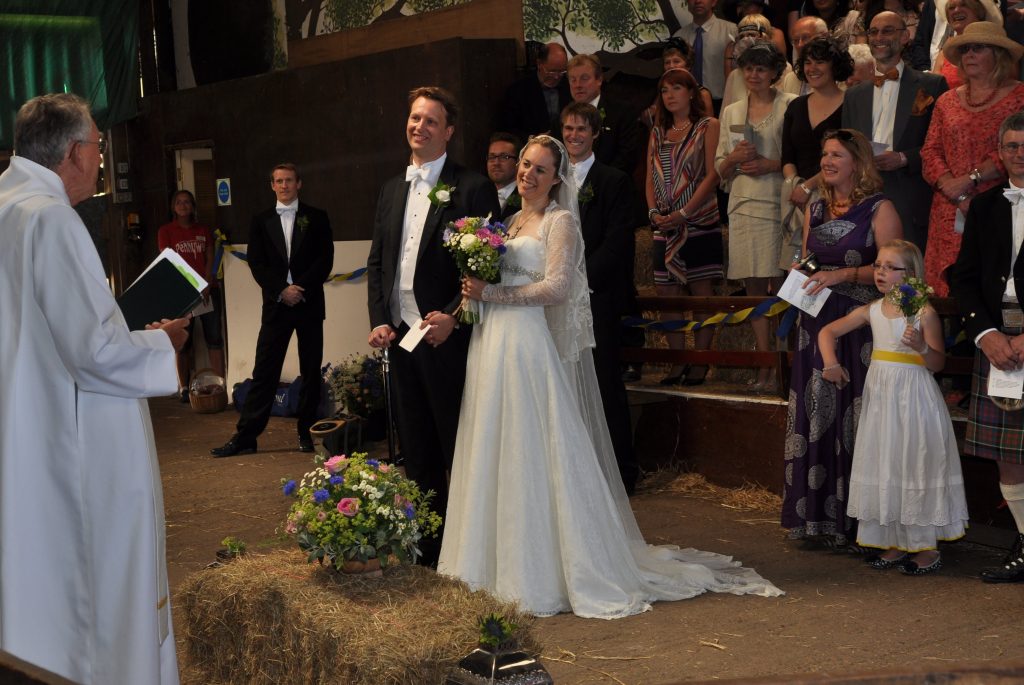 13. You can go fishing at Pennywell! Fishponds were added in 2014 and you can bring along a rod and catch a tiddler!

14. Chris and Nicky’s eldest son Angus was born just 20 days before Pennywell opened to the public. Angus celebrated his 30th birthday this year and he and his wife, Davina added to the Murray family with a daughter, Cecilia.

15. Pennywell longest animal residents were Shire horses Boxer and Fusilier. They came to Pennywell when the National Shire Horse Centre closed in 2000. Boxer died in 2017 and his long term friend Fusilier died in 2018, aged 30. 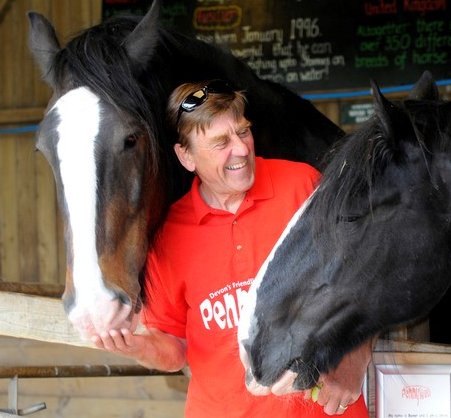 Boxer and Fusilier with Chris

16. Shortly after the farm opened the pond area was dug out. Nicky clearly remembers saying that nothing would ever live in those muddy puddles. Just a few months later, the ponds began teaming with life as they still are today. They are filled with run off water from the barn roofs and the car parks, filtered through a reed bed system. 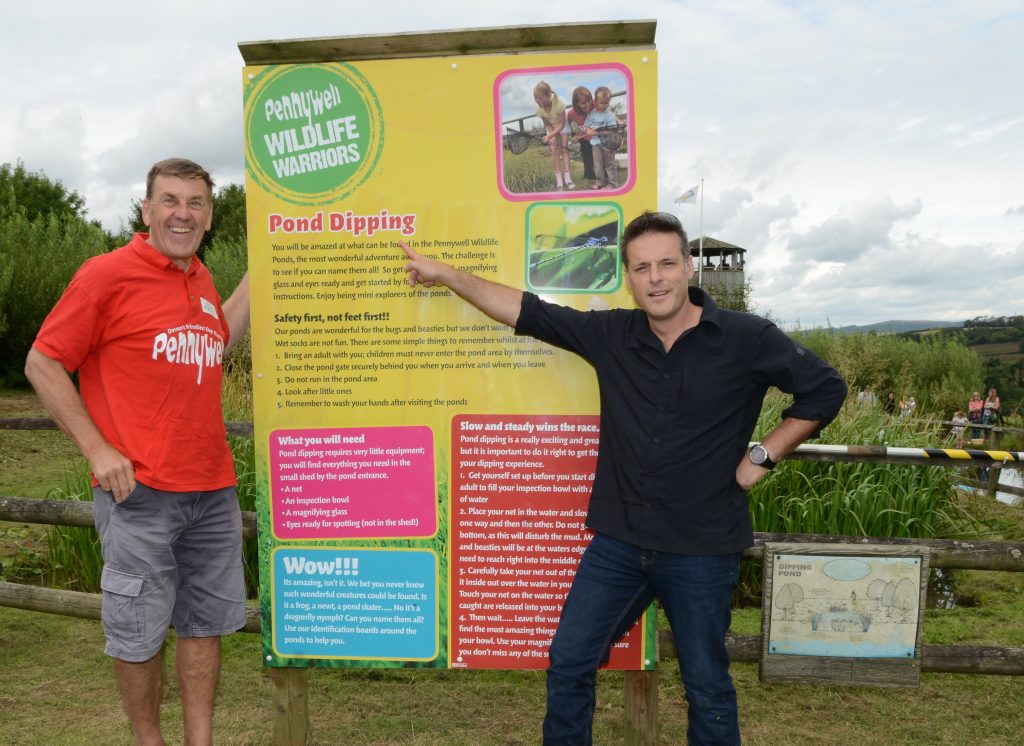 17. The busiest day of the year at the farm is almost, always Good Friday.

18. Pennywell organised a trail run for charity THHN, called the Pennywell Pursuit. It ran for 2 years and there are plans to reinstate it in 2020. 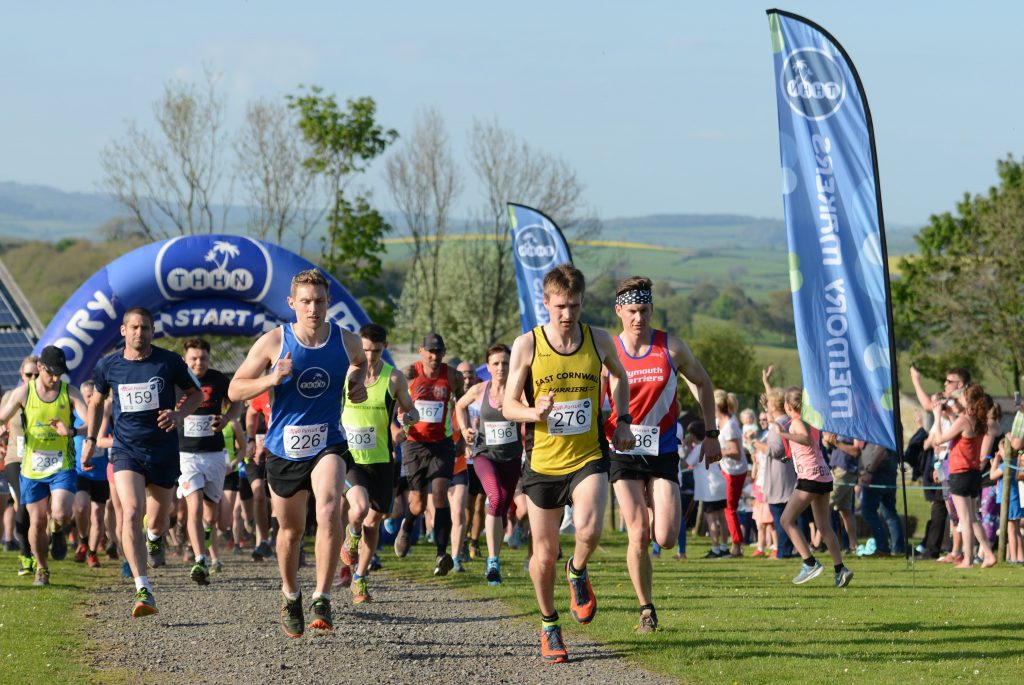 19. There is no mains water at Pennywell. They have to rely on their own boreholes.

20. The farm was open to the public for three years before it had mains power. Nicky Murray says she clearly remembers the deafening silence when the generator was finally switched off.

21. Pennywell has never celebrated Halloween but has come up with more upbeat ways to enjoy October Half Term. Last October saw the inaugural Gruffts, the world’s greatest goat show – sponsored by GoatCompare (obviously). 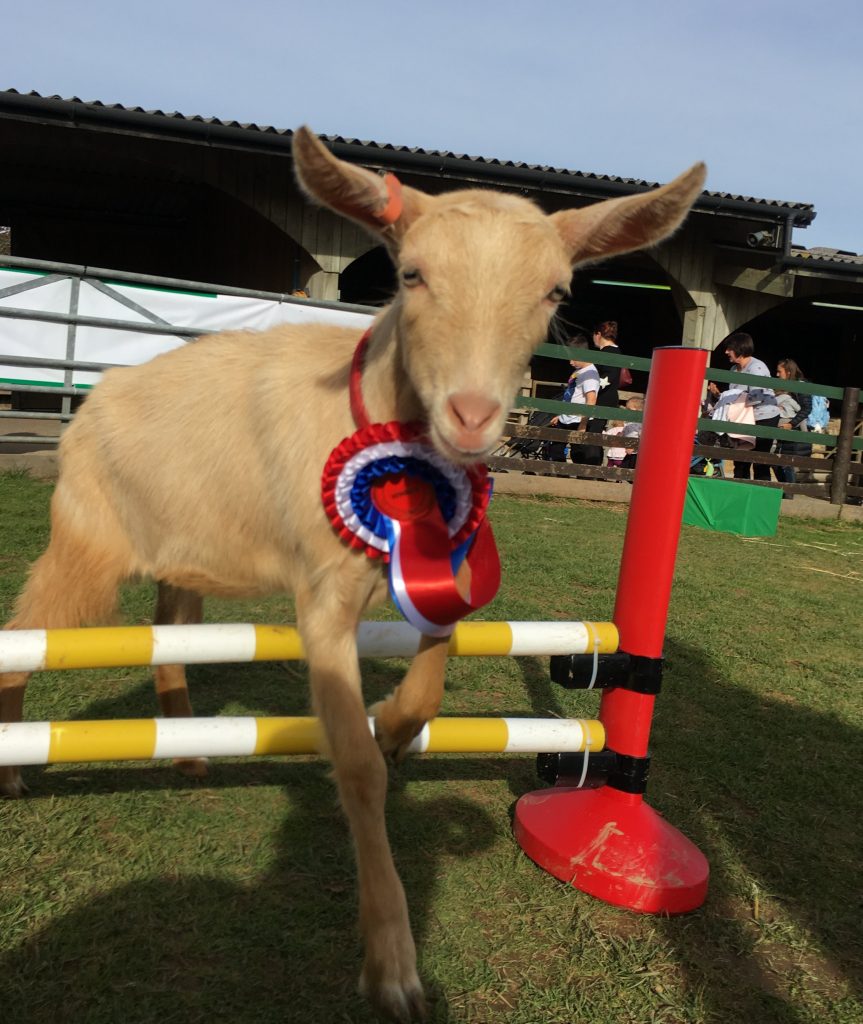 22. Pennywell has 25 permanent staff but increases to nearly 90 in the summer months.

23. Woodlands and Crealy started in the same year as Pennywell Farm. All three were completely unaware of the others at the time.

24. Noah’s Barn started as an animal barn offering the ultimate animal experience where visitors could go into the pens. Health and Safety put an end to that just two years later and the animals had to move out. Chris was so upset at the time the he resigned. Fortunately, he did change his mind and Noah’s Barn is now a happy hive of play and a great indoor picnic area. 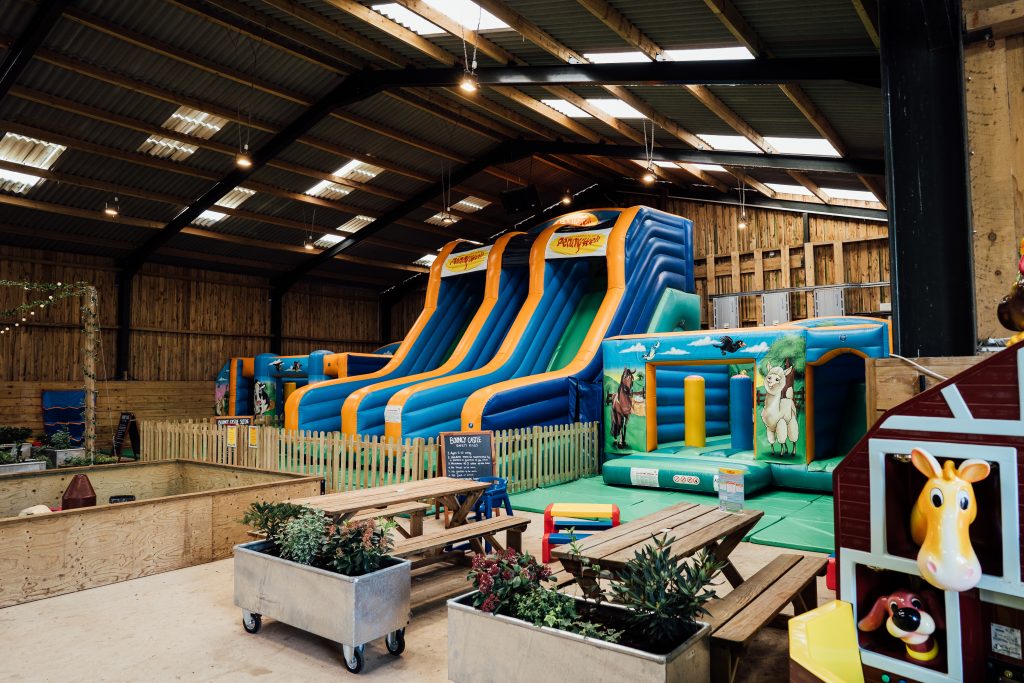 25. The farm hosts an ecumenical prayer breakfast every Thursday morning at 7.45am which is open to anyone. Who says there’s no such thing as a free breakfast?

26. The farmhouse at Pennywell came 7 years after opening the attraction, allowing the family to live on site. The original planning application was refused and was only granted on appeal.

28. Over the past few years there has been a huge increase in the number of adults visiting without children. So much so that Pennywell brought out a separate leaflet for students, couples and friends. 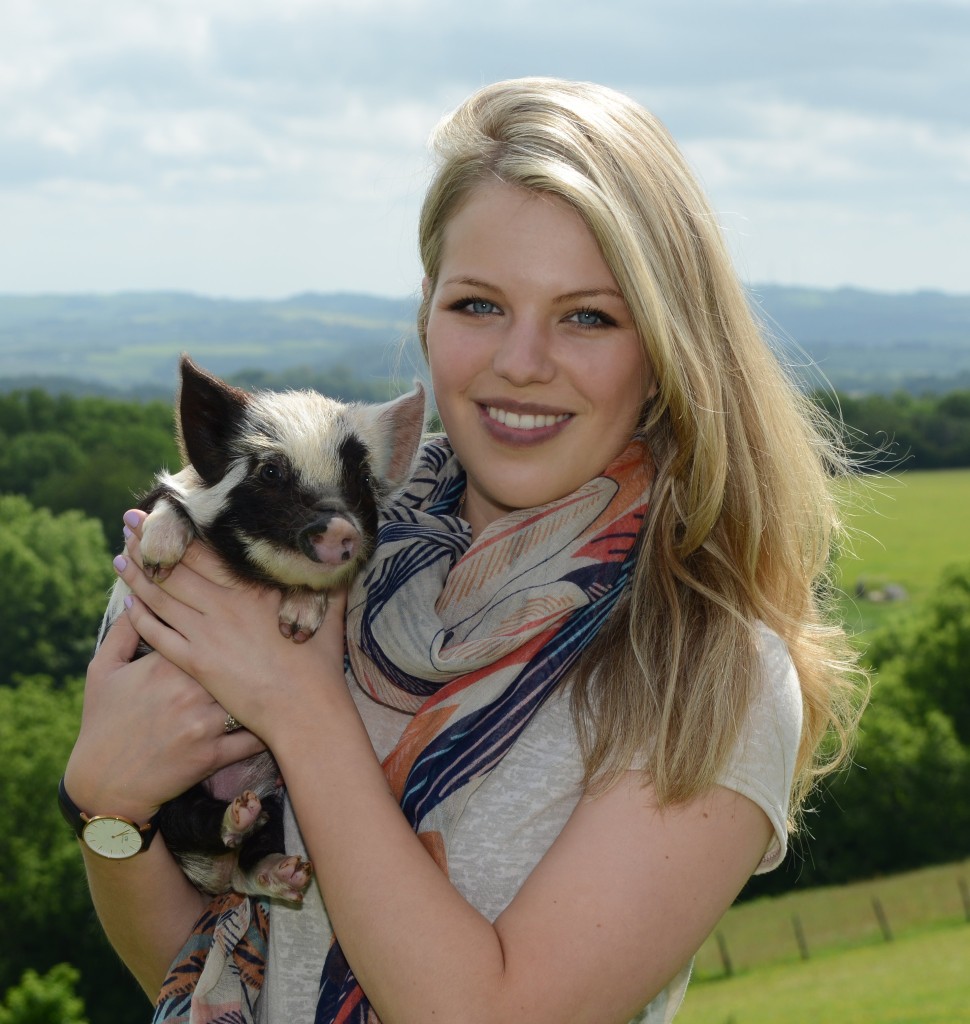 29. Around ten thousand school children visit Pennywell each year on a school or group visit. They can have a structured day with a school guide or just come along and join in with all the activities.

30. Looking ahead to the next 30 years, the next generation of the Murray family are taking over the day to day running of the farm with young families of their own.